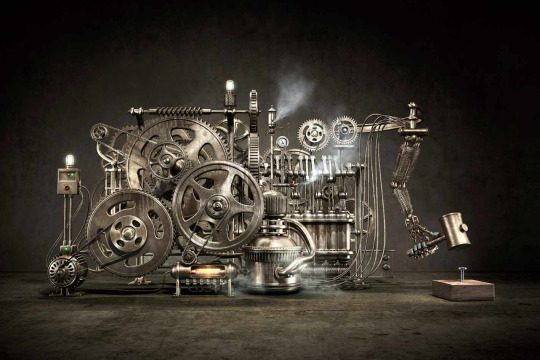 Working towards a future where others can collaborate all around the world to make great, rich media content is our #1 passion. To drive things home I decided to direct two short film projects on the Artella platform.

The first is a project that will be launching later this month, a 6-minute animated short film called, Circus Jam, roughly 125 artists collaborated together from all over the world to make this – to be fair, it was largely done in our alpha platform and editing, post-production and sound design in the Artella platform. The second project is a 1-minute piece called, Thistle One, which is about 90% through animation and moving into look development. This project is being completely created in the Artella platform.

Eating your own dog food, as they say, is great as it’s taught us a lot about how to make the platform better and how to complete ambitious projects with fully distributed teams!

Here are 4 tips I hope inspire you and lead you to start your own projects and bring them to completion.

Before you start your project make a commitment to yourself that you are in it for the long haul and finish it. In the beginning it’s easy to say, “Of course”, but once you’ve been on the project for months, or even years, you have to find the energy to persevere and stick with it.

Don’t give up and stop early saying, “The next one will be better”. Finish it, for better or for worse, you can only improve as you go forward, but giving up is going to crush your spirit and those who have been dedicated to you and your project – not to mention make it harder to get them to work on your next one.

You may need to change the scope and expectations of your vision, expect it, and make a commitment to yourself that you will finish. Pace yourself and get ready for the journey.

Production is a like playing team sports. Imagine one player gets tired, the captain has to pull that person out so they can rest and someone new is put in their place to keep the game moving forward swiftly. I call this, “the dance”. It’s your job as a creator to keep your team engaged, healthy and moving their areas forward. Note, if you are fortunate enough to have a producer or coordinator on your project – I have not been – they can shoulder some of that dance as well.

It’s never easy to let someone go, but I’ve found that it is healthy to let people who are no longer engaged and moving the project forward go. I’ve seen lots of people who are Gung-ho at the beginning of a project and then lose steam within a couple of months. Talk with them, give them a chance, and if they continue to drop out, do them and yourself a favor and part ways.

As your production moves forward, just like a sports game, if you are not engaged neither will they and if you find an individual slowing the production down others will catch that vibe and start to slow as well. You have to be the captain of your team, motivate and inspire them. This is one of the biggest parts of being a creator and seeing your vision through to the end.

Get editorial going right away – I use Premiere Pro. From boards to previs to animation to lighting and comp, have one cut you work from that can be easily updated. I learned the hard way with rendered frames (24 per second) coming in from all over the place on the Circus Jam production. It wasn’t pretty and took way too much time to manage. On Thistle One everything is in Artella and whenever something is updated I can chose to have the cut updated immediately and that saves me hours of time each week.

Seeing the cut progress also keeps your team motivated as they see the vision refined each time it is updated. It’s like a boost of caffeine for everyone.

No matter what system you use, be sure people chose one system and have your team follow your structure, as using a host of different services is going to really slow you down and demotivate you each time you have to sit down to locate and assemble the latest cut.

Keep track of who is working on your project and in what capacity and role. This is simply stated, but some people come and go quickly and you want to be sure to give them credit for their participation. In the end there may be 100’s of people who work on your project and when it comes time to assemble your credits is NOT the time you want to start searching through emails.

There will be super stars on your project that you simply cannot thank enough. I’ve found it appropriate to give those who did one shot something like “additional X” vs a dedicated “X” credit (substitute “X” for whatever role you have in mind). Also, writing LinkedIn reviews or suggesting people to studios where you may have connections is another way to thank those super stars for their outstanding work and support.

Send out your “Credit List” to everyone on your crew before you go to assemble your final credits in the cut. You want your crew to buy off on their credit/s (they used to do this when I worked at Pixar too to avoid any issues). I found several cases where my assumptions were not correct and I was happy I could make those changes in advance instead of after the project was shipped.

On the Circus Jam I used a Google doc where I tracked the name and role each time someone new came onto the production. In Artella it keeps track of your crew and their role on your project.

You may be sitting on the sidelines with a great project and I want to encourage you to go for it. With the launch of Artella around the corner our hope is to take the technical aspects out of the equation and make it all about the creative dance. When it’s flowing it is beautiful and incredibly fulfilling for everyone involved.

Article By: Bobby Beck – Co-Founder and CEO of Artella