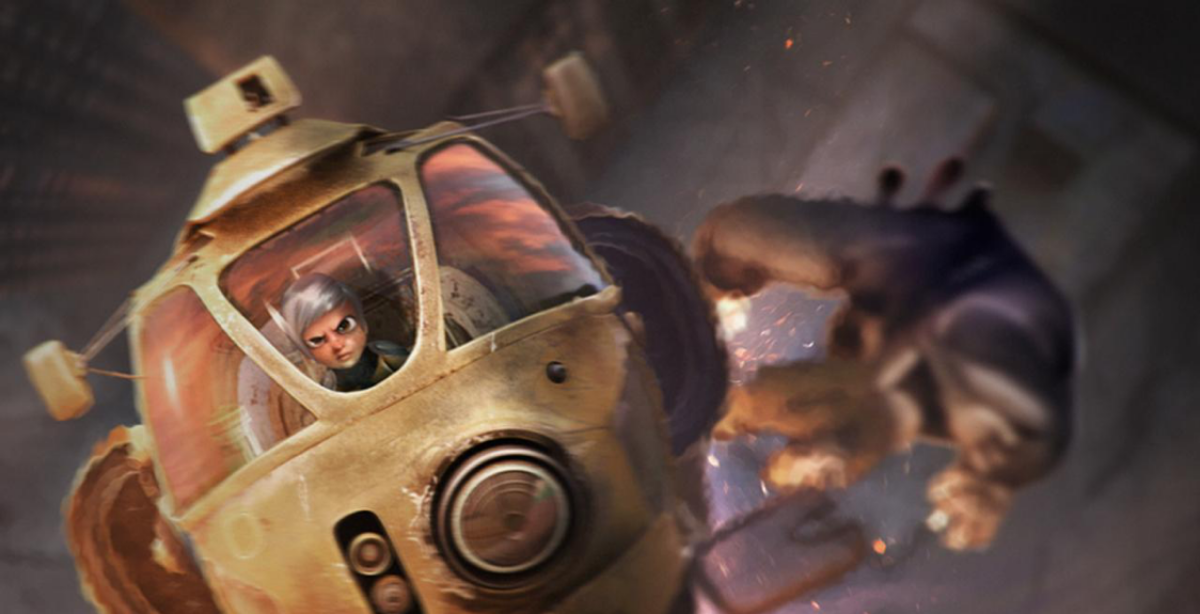 Part 1 of a 3-part series on creating and producing a short film project on Artella: The Creative Production Management Platform

By: Bobby Beck, Director of Thistle One and co-founder of the Artella Production Management Platform.

I set out on the endeavor of making a short film to see if we could make something on Artella that felt like a big studio produced it.  I worked with a global team of creative contributors who shared their incredible talents and collaborated online from their home offices through a remote pipeline. The Artella production platform provided the backbone to manage the work and hosted some of the collaboration tools. For example, we used our proprietary review tools which allow collaborators to sketch directly on shared files to provide feedback and direction for each other on each shot. With Artella, we were able to manage the entire creative process online.

We were able to manage the film project, including all assets and files,  from the conception process to pre-production to post-production on the platform. Our goal was to push Artella in focused production conditions and use what we learned to make it even better.

We’ve worked hard to build Artella as a cloud-based file management system made specifically for remote productions, for example, you can have an asset that may have a model, rig and 20+ texture files. If we used Dropbox or Google Drive, it would have been a mess to keep track of it all. Artella keeps all the file connections (dependencies) intact, so as you move an asset into shot production, it keeps the relationship to the original assets. This is essential for enabling collaboration, communication, and file management to keep teams moving forward without wasting time on miscommunication, misplaced files, and having to manually manage file versions.

In this post, I’ll explain how Thistle One was conceived and planned, and in the next two articles I’ll share my and the team’s thoughts and experiences on what we did in production, post-production and why we made the creative decisions we did.

Thistle One from Artella on Vimeo.

Thistle One was an idea I’ve had for a long while. As a kid I always liked Transformers and Robotech, and, as I get older, I like things with deeper character relationships. For me, Thistle One was something that bridged the two worlds together: Robots and deep character relationships. The short is a short battle sequence that belongs to a bigger world and structure that I’ve been developing with my two closest friends. I always knew that I wanted this short to be a dynamic battle so I was mindful about how to communicate that to the team so they were clear about how our main protagonist would act throughout.

Creative endeavors take a lot of dedication, focus and drive to complete. Even though I’ve worked on big studio films like Finding Nemo, Thistle One was the most challenging project I have ever been on and the most rewarding, too. The reason for that is instead of being a team member focused on making one part as good as I could, I was the director who was responsible for developing and communicating the artistic vision and helping my team members do their best work.

As a leader, controlling the narrative around what we are creating, how we are doing, and why we are doing certain things helps people dig into their own passion and energy for excellence and bring their best self to the process.

There are three types of energy needed on any project:

Starting energy is the easy one. It’s the passion that gets something started. We all have that motivation. It’s moving into the sustaining energy where things get hard, challenging and the reality of how difficult something is sets in.

Sustaining energy is the equivalent of putting a roof together one shingle at a time with a stapler. When you look at the whole thing it’s overwhelming, but if you just stay focused, each shingle goes on and, over time, you’ve made BIG progress. Sometimes you have to go backward and undo work you’ve done, but if you continue forward you WILL make progress and eventually you will get to finishing energy.

Finishing energy is like starting energy but with wisdom. You KNOW the end is in sight and you can feel it, you get that second wind of enthusiasm and you push through to completion keeping yourself and your team motivated.

I outline these three types of energy as it’s truly key to know which stage you are in on your project. When you’re in the second stage you really need strong team members to boost you up when you start to fall over. It is the creator’s goal to keep the team going, but, in all honesty, it’s hard to do that ALL the time. For me, I had a VERY strong CG Supe, Max Pickl, who was on the team from day one and was there on the final day of production. When I needed help, support, or was away on business, and when vacation or life disasters happened, he’d step in and run our meetings and would keep things going. Seeing his passion kept me motivated during those very tough times and I hope I did the same for him and team, too.

Thistle One took nearly 4 years to complete. I had NO idea it would take that long when we started, but, if I had to do it again, I would. The amount of learning on this project is HUGE. I learned where I would spend less time (surfacing/texturing as so much of it gets blurred with the depth of field, motion blur, etc) and where I would spend more time (comp and color grading). I think we spent the right amount of time in previs as that is where the core of a project comes together. You get a strong sense of what it will feel like when it’s done at this very early pre-production phase and everything after that should just improve it. Like coats of paint, each piece of the process just makes it look better and better.

The best part of the project was getting to work with so many great, dedicated people from all over the world. Any production is challenging, but global production adds additional layers of complexity (time zones, language barriers, organization, etc.).

In pre-production, our first decision was how best to “visualize” the story flow, setting, and mood of the film. We decided to focus on previs instead of storyboarding so that we could get a better idea of the pace and energy of the action. It evolved organically during the previs process. Originally, our idea was to keep the pace fast throughout the film, but my creative consultant, Carlos Baena, suggested that we bring the energy down to let the audience breathe for a moment before hitting them with a suspenseful ending. I think that pacing really adds texture to the piece as a whole. We wanted to create a visceral reaction in the viewer of being “swept up” in the action and I think we accomplished our goal.

We also focused heavily on color scripting to set the mood in terms of the post-apocalyptic feeling of a destroyed city.  The color script also evolved and got lighter and brighter toward the end to convey the hopefulness of the sunrise and a new day at the end of the piece.

The pre-production decisions we made helped set the tone and communicate the vision that the artists could then work with and execute on to create their scenes and shots.

The project also benefited from a “lead” artist in each area of production, because with any pipeline, things can break down if artists don’t follow the workflow. We had regular reviews with the team. We focused not just on output, but also on making sure the work was in the proper order so it could flow to the next team member or department. Project “leads” were in charge of “blessing” an asset when it went from “in progress” to “final” so we could ensure the work was indeed “final.”
Click here to read Part II and Part III of the series.